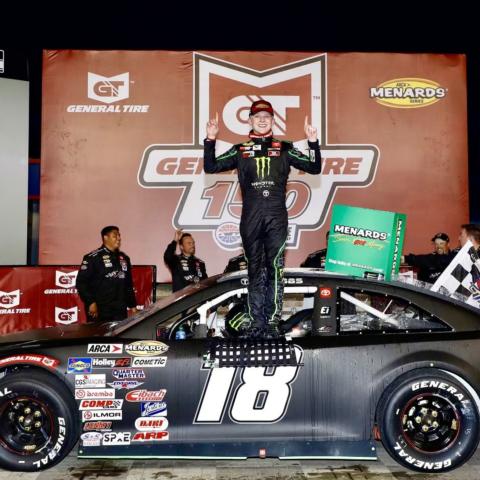 Gibbs won the pole and led every lap of the 100-lap ARCA Menards Series affair, beating Corey Heim to the checkered flag by 1.2 seconds after a late-race restart erased Gibbs' five-second advantage.

Gibbs' No. 18 Joe Gibbs Racing Toyota got a jump on the field from the green flag and was rarely challenged en route to his third consecutive ARCA win, the 12th of his career and his first at Charlotte.

TY GIBBS, No. 18 Joe Gibbs Racing Toyota (Race Winner): "Winning at my home track in my hometown is awesome. I thought about just staying in my car and going out on the highway and going home, maybe stopping for some wings on the way, but I'm kind of tired. It's just super cool to have my family here and be able to win a race 30 minutes from my house."