Andretti, Kvyat Tackle The ROVAL™ For The First Time 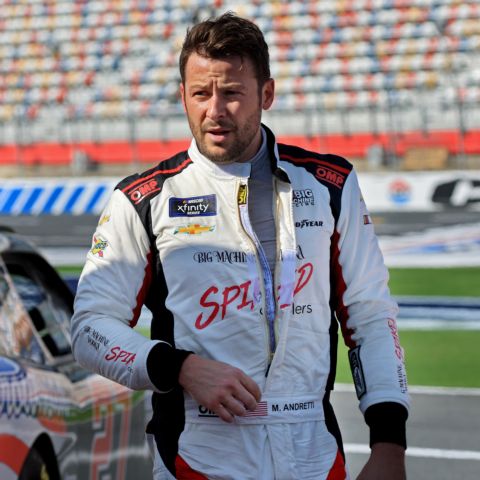 Marco Andretti and Daniil Kvyat have more road-racing experience than most of their competitors in the NASCAR Xfinity Series.

Racing open-wheel cars for much of their careers — IndyCar in Andretti’s case and Formula One in Kvyat’s — did little to prepare the two, however, for the challenges they faced when tackling Charlotte’s ROVAL™ for the first time on Saturday.

The Drive for the Cure 250 presented by Blue Cross Blue Shield of North Carolina marks both drivers’ Xfinity Series debuts. Andretti will pilot the No. 48 Big Machine Racing Chevrolet, while Kvyat is behind the No. 26 Sam Hunt Racing Toyota.

Having to learn a new car at a track on which neither had driven made for an interesting beginning to the weekend.

“I wish that I tested here,” Andretti said after qualifying 30th.

“This is a tricky little place. I left Virginia (International Raceway) really confident (after testing), but I don’t have a rhythm here yet. I don’t have confidence yet. I’m leaving way too much room on the track, so I think it’ll take me most of Stage 1 to really just get laps and get confident and get going.”

Kvyat will start 24th in Saturday’s race, before the Russian driver makes his third NASCAR Cup Series start in the No. 26 Team Hezeberg Toyota in Sunday’s Bank of America ROVAL™ 400.

The longtime Red Bull-sponsored Formula 1 driver had a lot to learn about the ROVAL™ in a short period of time on Saturday.

“I think it’s a very interesting track, very challenging,” Kvyat said. “There’s a bit of everything: twisty sections, heavy braking, some tricky chicanes and a few bumps here and there, so it makes it very interesting to drive.

“It provides a good challenge for a driver, and it’s very good for racing as well.”

While Kvyat has limited experience in NASCAR after running F1 from 2014-'20, Andretti’s jump to full-bodied stock cars is in an even earlier phase.

On Saturday, the 2006 IndyCar Series rookie of the year and reigning Camping World SRX Series champion will compete in his fourth different type of motorsport in the last two years. The Nazareth, Pennsylvania, native has already given IMSA LMP3 cars a try, in addition to SRX and his annual run in the Indianapolis 500.

A NASCAR race on the ROVAL™, however, is something entirely new.

“It’s a tough challenge and I don’t really have enough time to adapt,” Andretti said, “but I will by the end of the race.”