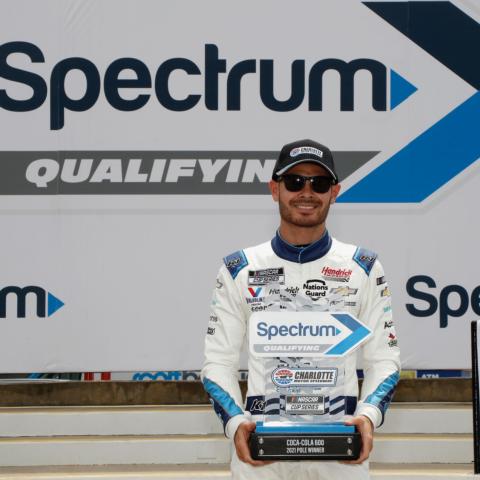 Larson's scintillating 180.282-mph lap gave the eighth-year NASCAR Cup Series driver the pole for Sunday's Coca-Cola 600. Larson led the way in a Hendrick Motorsports-dominated qualifying session, earning what was his first Charlotte pole and his first pole on a 1.5-mile track.

Brad Keselowski, the defending winner of the Coca-Cola 600, qualified 13th for Sunday's race.

KYLE LARSON, No. 5 Metro Tech Chevrolet (Pole Winner): "Our teammates were a little more trimmed out than we were, so we thought they were going to have more raw speed. That's why we didn't think we'd get the pole, but once I was out there and I felt like I had more grip than I had yesterday, I thought that if I could keep it straighter than I was yesterday and hold it wide-open easier, maybe I'd have a shot at the front row. Sometimes, it's good to exceed expectations."