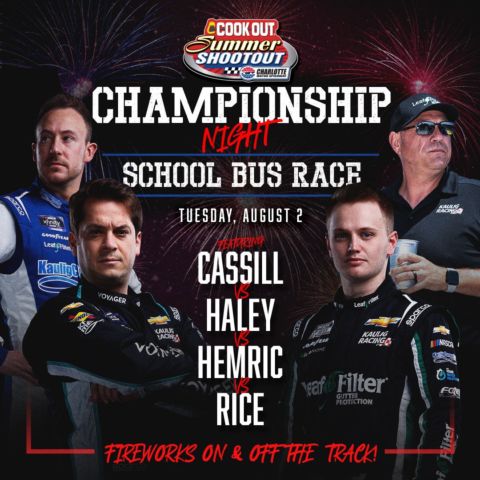 Race fans will be in for a 10-ton treat when members of Kaulig Racing’s NASCAR Xfinity Series team engage in a no-holds-barred school bus race to determine, once and for all, the hottest shoe at Kaulig. The "school bus showdown of the century" pits 2009 Summer Shootout Legend Car Pro champion and 2010 Legends Million champion Daniel Hemric against fellow Kaulig drivers Landon Cassill and Justin Haley, as well as Kaulig Racing President Chris Rice.

Adult tickets cost $10 and kids 12 and under get in FREE. Tickets can be purchased at the gate, by calling 800-455-FANS or online at www.charlottemotorspeedway.com/tickets .