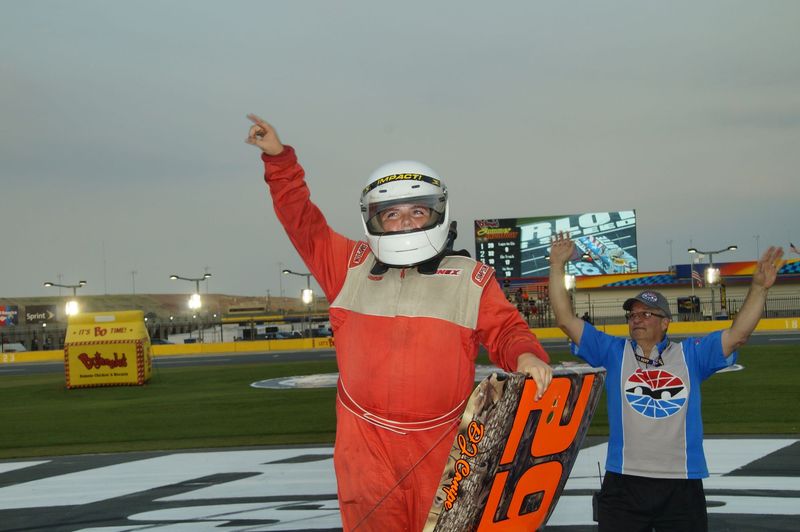 Fallston, North Carolina, native D.J. Canipe has raced at Charlotte Motor Speedway since his father, Donald Canipe Sr., bought his son a Bandolero when he was eight years old. The younger Canipe had a rocky first experience in his debut - he was wrecked in his first heat race - but Canipe has since blossomed into one of the most successful drivers in the Bojangles' Summer Shootout.

Now 13, Canipe is the odds-on favorite to win the Bandolero Outlaw title at Charlotte Motor Speedway on the strength of two wins and five top-five finishes in five starts. It's a far cry from last season, when Canipe struggled to find his comfort zone.

"(Last year) was good and bad at the same time, because we really didn't run well (at Charlotte), but at Atlanta (Motor Speedway), we ran really good," Canipe said. "We won six races at Atlanta. We won one here. Here, it's a lot rougher; at Atlanta it's smoother." But when it comes to racing the Bojangles' Summer Shootout, practice has made perfect for Canipe.

His drive to work hard and race smart is what will propel him into next year with the possibility of racing his new Legend Car in the Bojangles' Summer Shootout's Young Lions division. Canipe's Bandolero car has had a year to remember already, seeing its driver parlay short-track prowess into a whopping 240-point lead in the INEX national standings. Canipe does it all with a unique paint scheme and a unique nickname.

"Cheeseburger" drives a camouflage No. 29 that rarely blends in, because it's usually out front - a good notion for Canipe, who received "Cheeseburger" as a moniker from the father of one of his crew members.

Canipe doesn't remember how he got his nickname. If it were up to him, he'd stick with something more common, like "Awesome." But Canipe isn't as picky about names as he is about where he finishes in races. His target this year is to accrue as many trophies as possible and let someone else decide the nicknames.

"This season, we're hoping to win the national championship," Canipe said. "That's our main goal. I think we can, but things can change really fast."