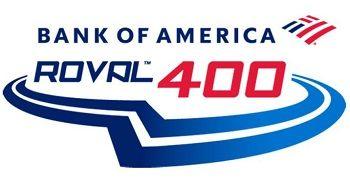 Before the start of the Bank of America ROVAL™ 400 on Sunday, friends, family and thousands of race fans will honor the memory of Sgt. Nicole Gee, one of 13 U.S. service men and women killed in a bombing attack on the Kabul International Airport in Afghanistan on Aug. 26.

Just two days after the release of his fifth and final reprisal of the role of James Bond, “No Time to Die” star Daniel Craig will serve as Honorary Starter. The acclaimed actor will be introduced during pre-race festivities and wave the green flag to bring the field roaring to life at the start of the race.

As Honorary Pace Car Driver, actor Clive Standen, well-known for his roles as Bryan Mills in the NBC drama “Taken” and as Rollo in the History Channel hit series “Vikings,” will drive the Bank of America ROVAL 400 Toyota Camry TRD pace car during ceremonial laps on the 2.28-mile, 17-turn course before the green flag falls. The actor-producer is also host of the up-and-coming Vikings podcast and will star alongside Bruce Willis in the 2022 Redbox movie “Vendetta.”

TICKETS:
Adult tickets start at just $35 for Saturday’s Drive for the Cure 250 presented by BlueCross and BlueShield of North Carolina, while kids 12 and under get in free. Fans can catch all the action from Sunday’s Bank of America ROVAL™ 400 for as little as $49, while kids 12 and under are just $10. For details or to purchase, visit www.charlottemotorspeedway.com or call 800-455-FANS (3267).