Larson, Busch, Logano Sound Off On The Coca-Cola 600 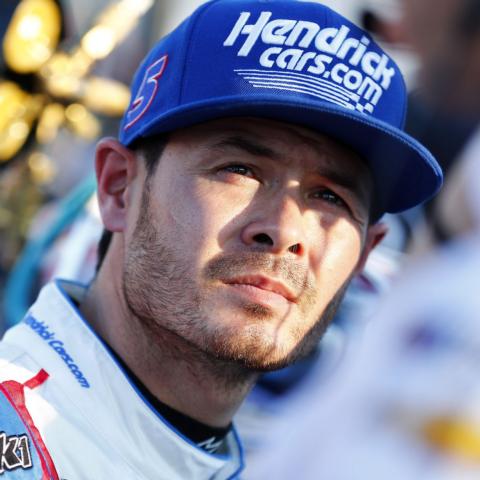 The Coca-Cola 600 offers a challenge like no other on the NASCAR schedule. Couple that with considerable prestige and a worldwide audience on Memorial Day weekend, and it's a spectacle to behold.

Just ask Kyle Larson, Kurt Busch and Joey Logano – three of the NASCAR Cup Series' biggest stars. The accomplished trio spoke with media about the many facets of racing on Memorial Day, including the challenges associated with competing for 600 miles only once per year.

KYLE LARSON, No. 5 Hendrick Motorsports Chevrolet (Defending Race Winner, Starts 36th): "It’s definitely one of the most prestigious races on our calendar, so it’s one that you circle as a driver. You really want to win and I was fortunate enough to have a great car last year, win all the stages and the race too.

"You get an awesome trophy, a vintage vending machine, a ring, all that kind of adds to the prestige of the event and makes you want to win it even more. Hopefully we can win it again this year. Another cool thing for me was visiting Arlington National Cemetery with Mission 600, which I got to do a few weeks ago. They’ve done a great job with this event, of building it over such a long period of time. It’s one of the biggest races on the schedule. I’m glad to be here and ready to go chase another win."

KURT BUSCH, No. 45 23XI Racing (2010 Race Winner, Starts 2nd): "There were those years where I felt intimidated by (racing 600 miles) and then found I comfort with it. Basically, I break it up into two sectors: there's a daytime portion and a nighttime portion. And to me, that's just the mental approach of not adding the extra 100 miles and just going after a normal type of race.

"But the handling conditions, this Next Gen car and the temperatures this year will be difficult – more difficult than most years. Just because of all the newness with the car."

JOEY LOGANO, No. 22 Team Penske Ford (Starts 23rd): "You manage the race knowing that it’s 100 miles longer than normal. It has the possibility of being the longest 600 we’ve ever had, considering how many more cautions we’ve had recently, compared to the last few years. I could see that changing some and it being longer than normal.